New Delhi: The weekend is not yet over and Aamir Khan is already giving some major Monday motivation vibes with his latest Instagram post featuring his son Azad Rao Khan.

In a picture posted by the actor, Azad can be seen comfortably sitting on his father’s back. The two seem to be in deep thoughts. “Gehri soch (deep thought), ” Aamir wrote in the caption. 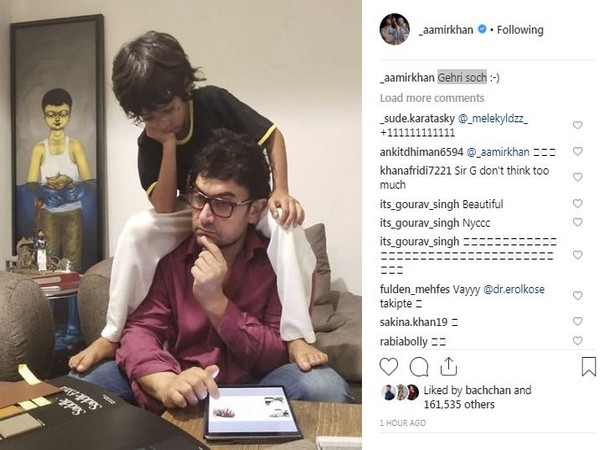 It seems like Aamir is busy working on completing his 2019 resolution. On December 31, the actor said his resolution for the upcoming year is to “get back in top shape” and “make my best film yet”.

He further said that he has “learned from his mistakes in 2018.”

The ‘Thugs of Hindostan’ actor announced his new production Rubaru Roshni in the same month. The venture, produced by his Aamir Khan Productions, along with wife Kiran Rao, will premiere on television this Republic Day.