New Delhi: Karan Johar’s much-anticipated magnum opus titled ‘Takht’ has been doing the rounds for all the right reasons even before going on floors.

However, Anil treated his fans with a mini ‘Takht’ reunion. Taking to his Instagram account, he posted pictures of himself with Ranveer and Janvhi from the Lakme Fashion Week.

“Walking for @raghavendra.rathore was a two-fold pleasure for me! I got to walk with my beautiful niece @janhvikapoor & shake a leg with my Tiger @ranveersingh! Thank you for the honor & opportunity! @lakmefashionwk,” he wrote alongside a series of pictures.

The first picture shows Anil posing with his niece Janhvi. Anil looks handsome as ever in a black kurta pyjama.

While Janhvi sizzles in a black outfit by designer Raghavendra Rathore. 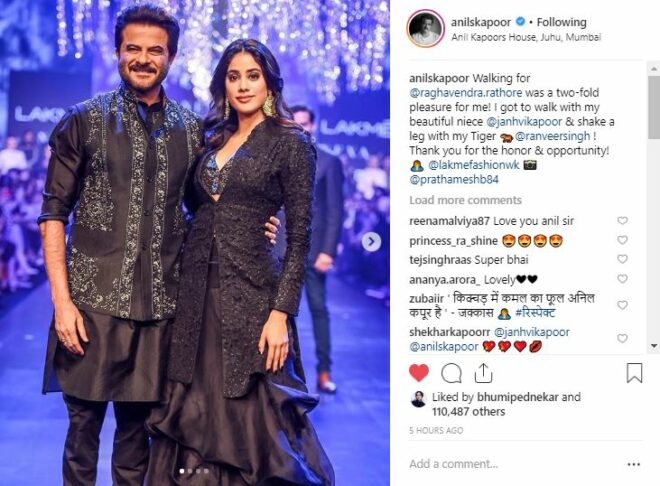 The second picture gives a glimpse of Anil looking dapper in an all-black outfit. 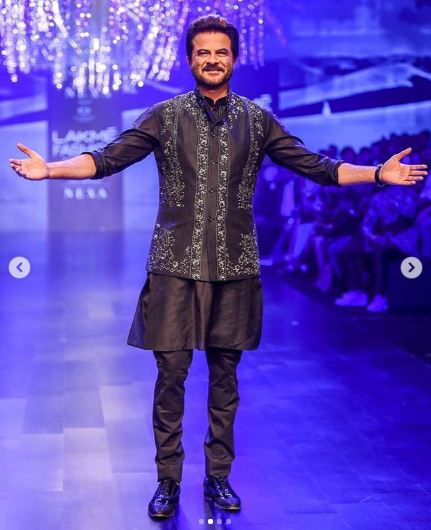 The third picture captures Anil shaking a leg with Ranveer while Janhvi can be seen walking away with a smile. 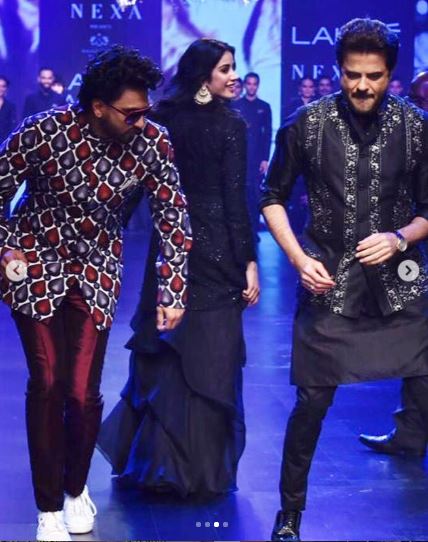 Looking at the three, it seems like they had a great time at the fashion week.

Ranveer too shared a photo of himself on his Instagram account last night and captioned it as, “Turn down for what.” He rocked a motif bandhgala that he paired with a pair of trousers and white sneakers. 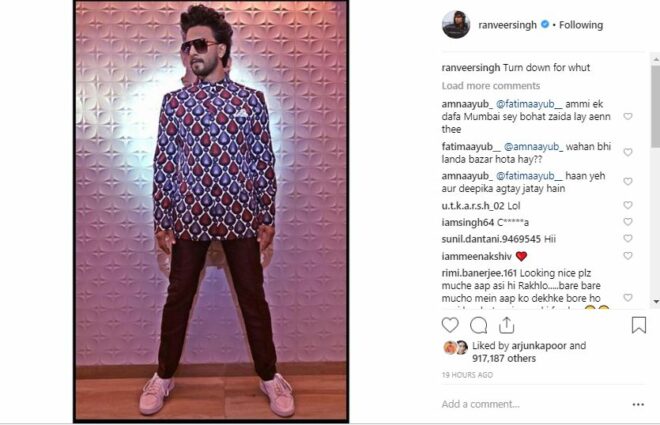 Anil and Ranveer have co-starred in the 2015 film ‘Dil Dhadakne Do’ and the two share a great bond. Ranveer frequently expresses his fondness for the veteran actor.

On the work front, Ranveer is gearing up for the release of ‘Gully Boy’ alongside Alia Bhatt. Directed by Zoya Akhtar, the film is inspired by the lives of Mumbai-based rappers Divine and Naezy. Meanwhile, Anil shared screen space with his daughter Sonam Kapoor for the first time in ‘Ek Ladki Ko Dekha Toh Aisa Laga’.

The film opened to positive reviews from critics and collected over Rs 3 crores on the day of its release.