The centre of attraction is not ‘Chinese Virus’ that is popularly known as coronavirus but China itself. With Chinese aggression over Galwan Valley and the escalating unease in Ladakh region Atmanirbhar Bharat is yet again at forefront and statement like ‘Bullet ka jawab wallet se’ getting viral.

The term Atmanirbhar Bharat was first herd as an economic package to overcome the loss caused by the COVID-19. The package of Rs 20 lakh crore was announced by Prime Minister Narendra Modi on 12th May. However the term never meant the isolation of India from the world and Foreign Direct Investment (FDI) and advanced technology is welcome. This was said by the Law and IT minister Ravi Shankar Prasad.

The term Atmanirbhar Bharat was also criticized and said that to be repackaged version of Make in India by the opposition. But as the tension between India and China over the Galwan Valley escalated Atmanirbhar Bharat started to become a slogan to boycott Chinese goods.

The entire idea of boycotting Chinese goods was to hurt the Chinese economy. Something which was forgotten in this sloganeering was that China has only 9 percent of its exporting share with India. On the other hand, India imports 70 percent of its electronics components, 70 percent of APIs, 45 percent of consumer durables, 40 percent of leather goods and 18 percent of nuclear reactors from China. The neighbouring country’s export also include plastic goods, fertilizers, medical equipment etc. But since they hardly make up to 5 percent of total imports, it doesn’t make a huge impact. 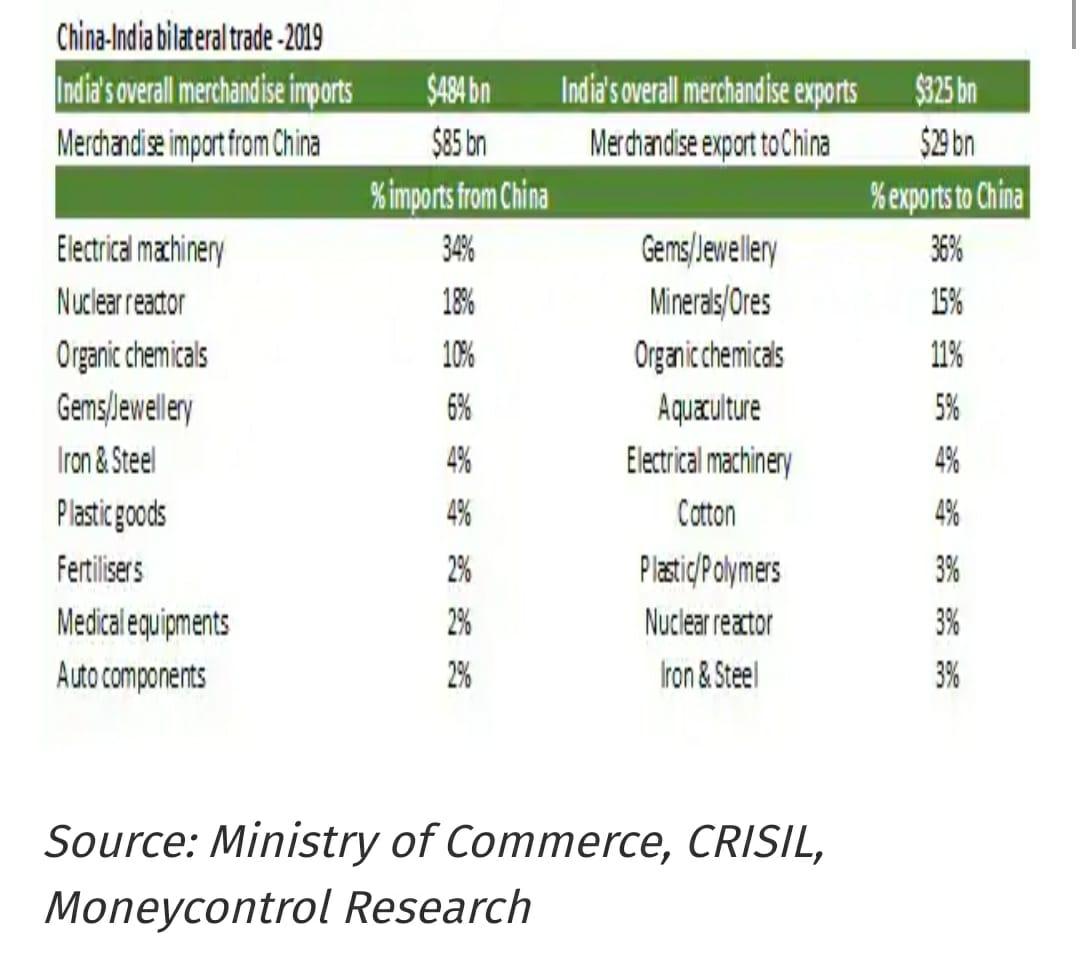 But what does make an impact is the fact that India imports good worth $85 billion and in return exports only $29 billion to China as of financial year of 2019.

The export-import figures make it clear that even if India brings down to nil the entire import from China, all that would result in is the improvement in India’s Trade Deficit and not a collapse in Chinese economy. The fact shouldn’t be ignored that China exports 9 percent of its productivity which becomes 16 percent of imports after landing on Indian soil.

If India can establish a market of Rs 10,000 crore in two months by producing PPE kits the hopes can be set high. But again on a very contradicting note the entire idea of bringing down China to knees with financial boycott goes wrong at the core level.

If the scenario is looked from defense perspective, a country like China is one of the top 10 exporters of weapons in the world. At the same time China stands at the 6th position and India at 2nd on the deals bought by the top 10 arm importers in the world. India has a share of 12 percent at global level while China 4.2 percent respectively. What can be drawn out of these figures is that India has a greater dependency on the countries like Russia, Germany, United States of America, France and Germany. It produces only 45 percent to 50 percent products domestically for its defense needs. 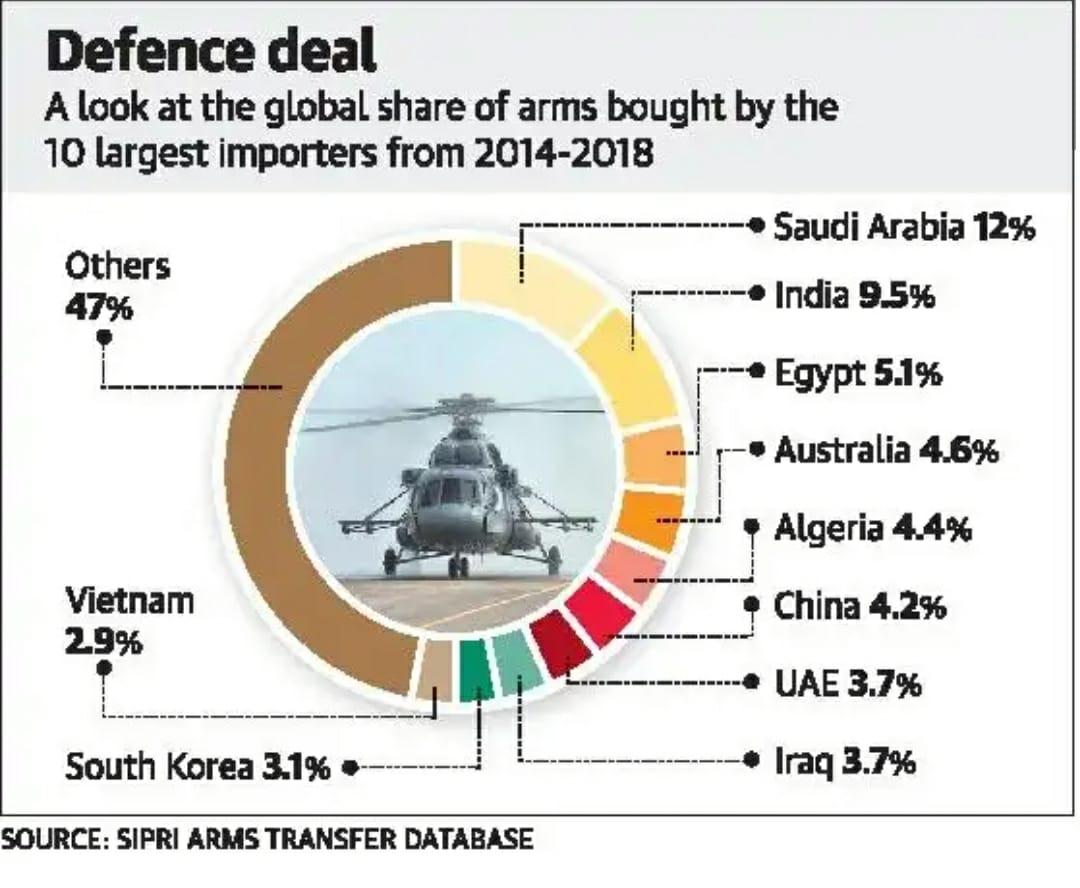 The situation is not as dark as it seems to be, as India has a target of becoming 5th top global exporter of aerospace and defense manufacturing with annual export target of $5 billion by 2025. While there is anger among the citizens towards China over border dispute, this can turn out to be a perfect time for India to be Productively Atmanirbhar on the borders with an increased local production towards self sufficiency of defense needs. 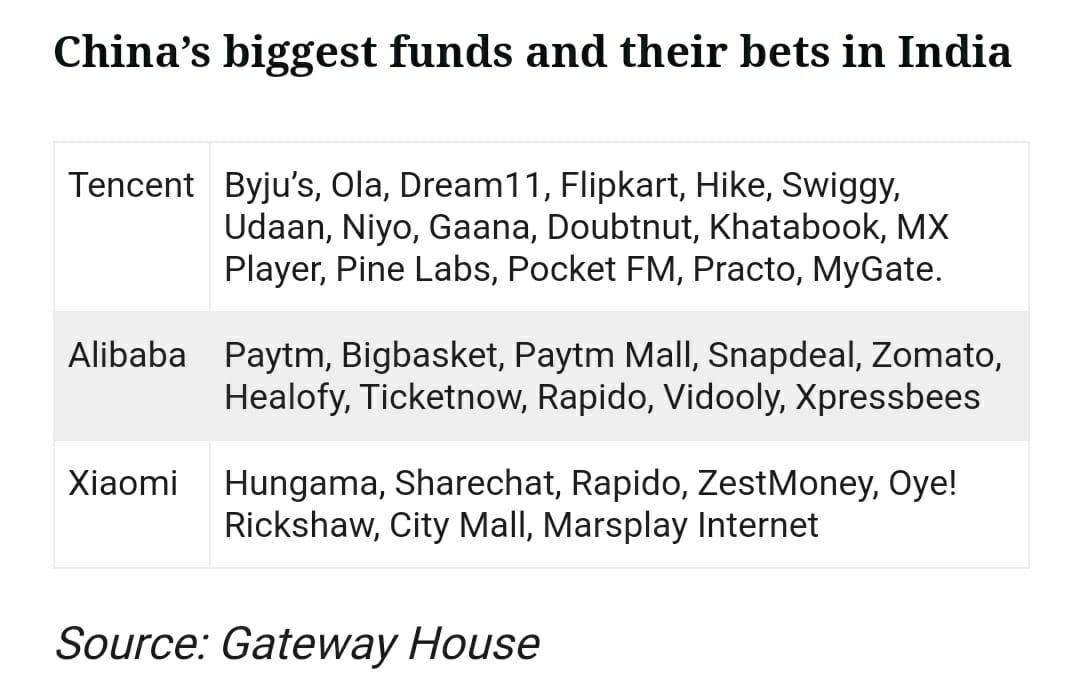 There is a rage going on in India to boycott Chinese applications like Tiktok, UC Browser, Club Factory, We Chat, App Lock, UDictionary and the list goes on. While it is for each to have such applications or not, at the same time there is no harm in encouraging local alternatives. The complexity increases when it is known that start ups like Flipkart, Swiggy, Paytm, Rapido etc. have Chinese investment. It has an estimated investment of $ 4 billion making it 2/3rd of the Indian start ups having Chinese investment.

Hyderabad and its local market

While Hyderabad is the 6th largest metropolitan city in India and has been badly affected by the coronavirus. If this issue of Chinese products can be seen through the local market, the story remains the same.

A place like Jagdish market with a daily footfall of 30,000 has a sharp dominance of brands like Oppo, Vivo, Xiaomi, Gionee and One Plus. All of these brands are Chinese and their affordability and features make them rule the market, says Adil, a customer in the market and a salesman by profession.

The situation of the markets like Gujarati Galli, Hongkong Bazaar and many China Bazaar stores remain largely the same.

The story is the same across the toy section where it is said that Chinese toys are available in wide variety and in bulk on affordable prices. The price of the Chinese toys is 10 percent to 50 percent lower in the price range as against the Indian manufactured toys.

Indian Railways has cancelled a signaling contract worth $ 62.2 million. At the same time Maharashtra government has put three projects worth Rs 5,000 crore on hold. The attempt is being made to bring the boycott on a diplomatic level. At the same time strange incidents people breaking down their television sets and throwing down things which have been manufactured by China are also seen.

India is a country which has a history of revolt and rebel. The act of boycott is also being given as a historic reference of boycotting British goods. The problem with such justification in this scenario is that the person who is selling Chinese goods in his shop is not a Chinese; he is an Indian and has purchased what suited the market conditions just a little while ago. Therefore, boycotting Chinese goods which are already there in the market is hitting Indian businessmen, not any Chinese business house. This action would lead to recession like condition because there might be stock of Chinese goods worth hundreds of crore with the Indian businessmen.  Boycotting Chinese goods which are already with the importers or the vendors would be like hitting your own man in the false hope that it would hurt China economically.