Her latest social media post is proof that her glam squad did an exemplary job serving an on-point ensemble. 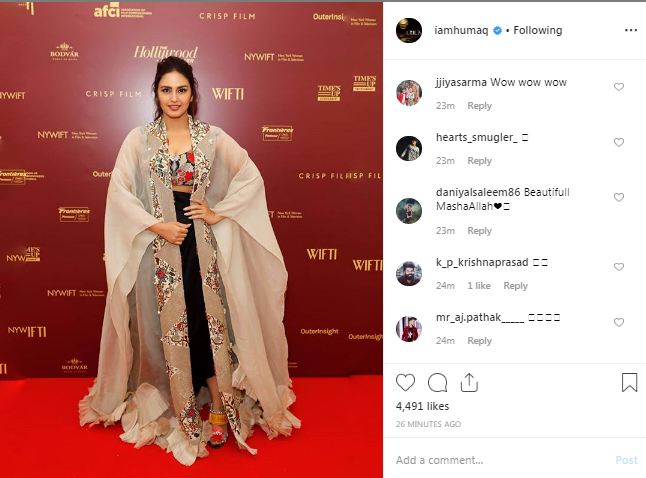 From her outfits to her make-up, everything seemed exquisite as she headed for the ‘Women in Film and Television’ event.

She wore a three-piece outfit, with a printed crop top and plain-black three-quarter skirt inside. She paired it with a see-through flowy poncho in beige. The attraction of the ensemble was the beautiful Madhubani print border of the poncho.

The actor posed with minimal makeup and voluminous ponytail. Her Sophia Webster footgear added quirkiness to her glam. 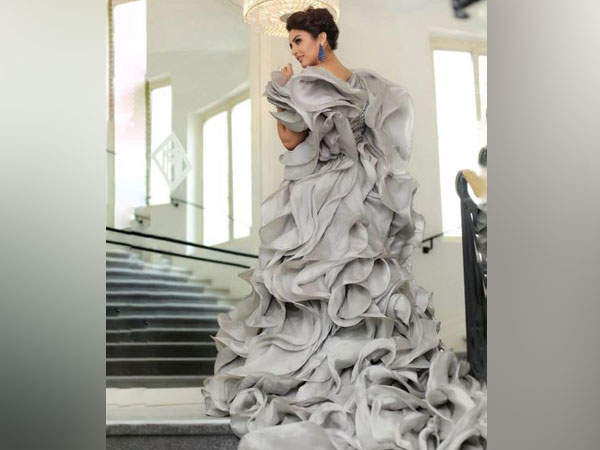 The ‘Gang of Wasseypur’ actor completed her look with a pair of blue colored chandelier earrings and a stunning diamond ring, adding just the right amount of glam to her outfit. Huma opted for a fresh face of makeup with nude pink lips and heavy mascara to round off her look.

She chose to tie her hair in a tousled messy and voluminous bun that complemented the look perfectly.

Last year, the star stood out on the red carpet in a light pink pantsuit by Nikhil Thampi.

The film festival which started on May 14 has seen a string of celebrities making their red carpet appearances.

Apart from Huma, the other Bollywood divas, who have ascended the red carpet so far, including Priyanka Chopra, Deepika Padukone, Kangana Ranaut, Aishwarya Rai, Diana Penty and Hina Khan. Sonam Kapoor too has reached French Riviera for Cannes. The festival will go on till May 25.

Meanwhile, on the work front, Huma made her Netflix debut with the mini-series ‘Leila’. She was last seen in ‘Kaala’ opposite superstar Rajinikanth.