Hyderabad: The organizers of the Historic Hyderabad Million March of Saturday afternoon against the CAA and NRC have been booked on various charges of violating rules, specified especially for the march by the Telangana Police.

The Convenor of the Joint Action Committee (JAC) Mr. Mushtaq Malik and others have been slapped with more than 20 various charges by City Police in various precincts.

The Police claim that permission was granted only for 1000 people to meet at the Dharana Chowk. The turnout, however, was several-fold more, as more and more people, especially youth, irrespective of religion and faith moved in wave after wave to the venue and surrounding areas to protest peacefully.

There is more than it meets the eye, in the Hyderabad Police slapping charges against the JAC chairman and others.

Apparent is a certain amalgamation of interests between Telangana Chief Minister, KCR Garu and his Assad Bhai, AMIM Chief. You scratch my back I scratch yours.

And the keepers of law and order are by tradition ever at the behest of powers to be.

READ:  Mohammed Siraj to be felicitated by CFI

Otherwise why the charges? The march was exemplary in all aspects, not a pebble was in the air, strict discipline, protection to women participants, guiding traffic and respecting police personnel on duty.

It may be noted that the police initially were dilly-dallying in allowing the march.

The JAC says that they had to approach the High Court for permission after they were refused permission and made to make several visits to the concerned police departments to get the permission and every time they had to return with no certain answer. A few legal minds have questioned the wisdom behind the police action. Was it a honey trap. Why did they in the first place not stop the crowds? Some are of the opinion that all this but to harass and discourage further such actions by any others other than the AMIM.

Perhaps the mammoth and spontaneous upsurge of a leaderless youth calling the shots at Saturdays’ Hyderabad Million March has ruffled few feathers.

For Assad Bhai a bolt from the blue. A never imagined scenario. It is like the earth buckling under his feet.

READ:  Succession drama at its peak in TRS

Every trick in the bag was put to test by vested interests to derail the march and mislead the public to make them believe the March has been called off.

To evoke the words of British parliamentarian of yore, Edmund Burke, “pray do not imagine that those who make the noise are the only inhabitants of the field .”

The new inhabitants are a force to reckon with. Young in mind and spirit, drenched in the desire for inclusiveness, aware of their democratic rights, devoid of any revanchism are now on the march.

KCR is shrewd enough to grasp the stark and unsavory reality, that not weighed down by any baggage, the youth of Telangana, like their counterparts nationally and globally will not take dictation from political interests and not dance to political bands.

The preamble of our constitution boldly spells out the right of every Indian to Justice, Liberty, Equality, and Fraternity.

No one can destroy other freedom without losing his own. Leaders in power or after power cannot make the people wait for decisions. 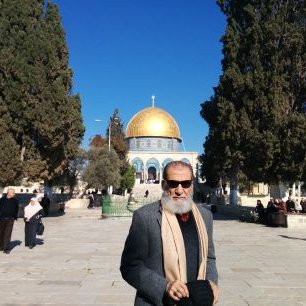