New Delhi: After keeping their rumoured relationship under tight wraps and maintaining their ‘just friends’ tag for a long while, it seems like Disha Patani and Tiger Shroff have made it official this Valentine’s Day.

While the speculation of their romance has been in the air for quite a while now, the two have never admitted to any of the rumors on record. However, the two have pushed social media into a frenzy with their latest Instagram post.

Today, Tiger Shroff took to his social media account and announced that he is taken. “Turns out I’m taken,” the caption read. The post included a picture in which tiger Shroff can be seen kissing a ring on his index finger. 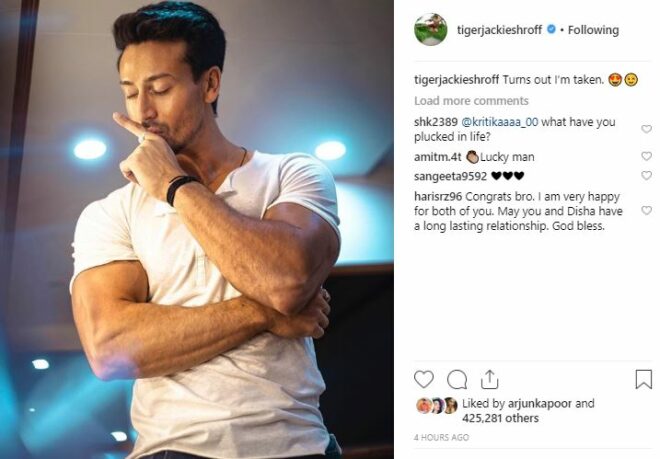 While people were still trying to figure out if Tiger’s post was directed towards Disha Patani, the ‘M.S. Dhoni’ actor put all the speculation to rest by posting a similar picture flaunting her ring on the index finger with the caption, “Someone popped the question, and I said yes.” 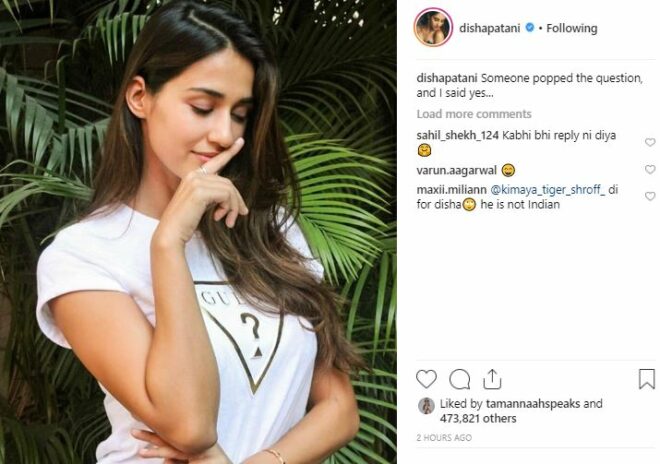 While fans are wondering if they are engaged, it should be noted that the rings they are wearing are on index fingers and not on their ring fingers, which might mean it is a promise ring.