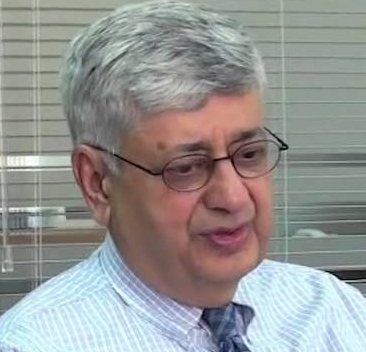 For the religious minorities of India, particularly Muslims and Christians, 23rd May 2019 marks democracy’s doomsday. In his Gettysburg address, Abraham Lincoln called democracy “government of the people, by the people, for the people.” In today’s India, democracy is clearly not government for some of the people. What greater evidence is needed than the fact that, despite being almost fifteen percent of India’s population, there is not a single Muslim in the winning party’s pack of three hundred and three members of parliament.

The Muslims and Christians of India had concealed some hopes in their hearts that 2019 will not be like 2014. It was worse! The ugly face of brute majoritarianism was on full display during the election campaign. The results confirmed thumping victories for a terror-accused contestant and anti – Muslim hate mongers in BJP’s ranks. The BJP swept to power with an even bigger majority than before.

In 2014, Narendra Modi had promised “sabka sath, sabka vikas. In his 2019 victory speech, he added “sabka vishwas.” He lied then; what’s the hope that his actions will not belie his words again. He had barely finished delivering his speech when there were further incidents of mob lynching of Muslims. His storm troopers were either not listening or knew that he was not serious. Indian Muslims know all too well that they cannot expect protection and justice from the law enforcement agencies and, often enough, not even from the courts. When faith in justice is lost, what’s left? History bears witness that democracy can give way to the worst kind of autocracy. Systems of governance can be subverted, institutions pulverized, and the norms of civil society torn to shreds. As demagoguery replaces reasoned debate, democracy succumbs. The spectacle of democracy degenerating into brute majoritarianism under the relentless propaganda machine of right wing forces propagating myths, lies and sheer hatred for the other, is a chilling reminder of the rise of the Nazis in Germany in the 1930s and all the horrors that followed.

At this major inflection point in our democratic trajectory, it is appropriate to revert to Dr. Ambedkar, the principal architect of India’s constitution, and his premonition about the fragility of Indian democracy. In 1949 he wrote “It is quite possible for this newborn democracy to retain its form but give place to dictatorship in fact.” He pointed out the vulnerability of political democracy in the absence of social democracy, which alone can ensure liberty, equality and fraternity for all. Democracy is the means to achieving social justice by promoting the welfare of all citizens and not just that of the majority community alone. A democratic order must have inbuilt safeguards to prevent the oppression and exploitation of minorities, in the absence of which democracy can degenerate into a tyranny. Democracy cannot be realized without freedom of political discussion and dissent and its survival requires a moral order and a public conscience. Unfortunately for us, equality was a distant dream, liberty an illusion; whatever fraternity there was has been destroyed by the BJP.

Ambedkar warned against hero-worship, which was certain to lead to the subversion of democratic institutions and to dictatorship. He invoked the deeply prescient words of John Stuart Mill which need to be quoted at length here because of their relevance to the present situation: “Thus, a people may prefer a free government, but if, from indolence, or carelessness, or cowardice, or want of public spirit, they are unequal to the exertions necessary for preserving it; if they will not fight for it when it is directly attacked; if they can be deluded by the artifices used to cheat them out of it; if by momentary discouragement, or temporary panic, or a fit of enthusiasm for an individual, they can be induced to lay their liberties at the feet of even a great man, or trust him with powers which enable him to subvert their institutions; in all these cases they are more or less unfit for liberty: and though it may be for their good to have had it even for a short time, they are unlikely long to enjoy it”.

Can there be a better summation of our present predicament than what Mill foretold more than a century and a half ago?