Bhopal: Kishore Samrite, a former Samajwadi Party MLA who is contesting the Lok Sabha polls as an independent candidate from Balaghat constituency, has requested the Election Commission to either provide Rs 75 lakh or permit him to sell his kidney to gather funds for contesting the ongoing polls.

In his letter to District Election Officer Deepak Arya, Samrite said, “The Election Commission of India has fixed the upper expenditure limit at Rs 75 lakh for Lok Sabha elections. I do not have so much money to contest the polls. I urge Election Commission either provide me Rs 75 lakh or ask some bank to give me a loan. If not, then allow me to sell one of my kidneys.”

Speaking to ANI on Monday, Samrite said he wrote to the EC as he will not be able to collect the required funds by the time campaigning ends. 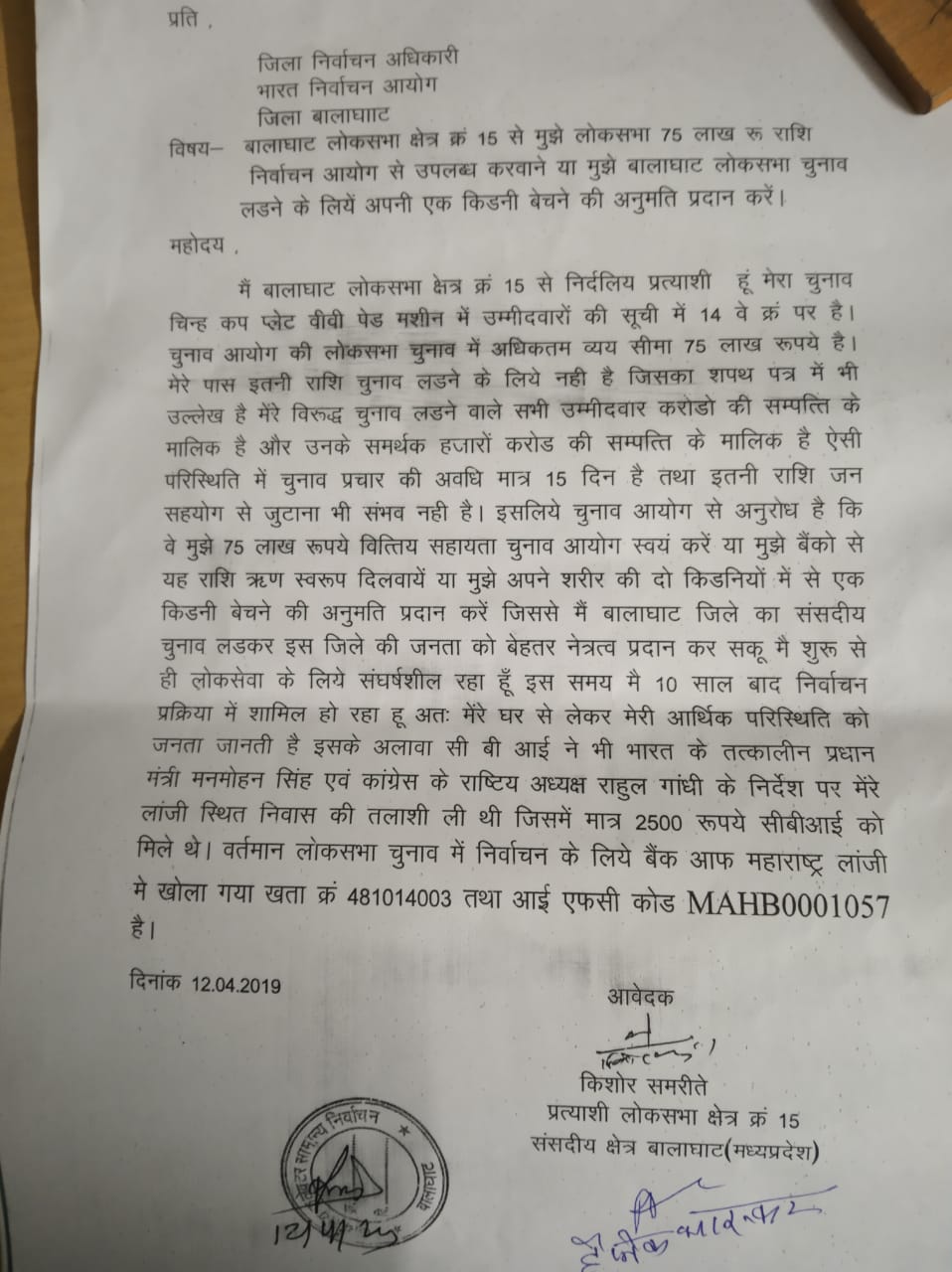 “Only 15 days are left for campaigning. I cannot collect so much money in such a short period. This is the reason why I have urged the poll body to give me Rs 75 lakh. Candidates contesting against me are all corrupt. They have extorted money from the locals. I want to develop this region and uplift the poor in the society,” he added.