By Syed Inam ur Rahman. Ghayur.

With 17 September, so called “Hyderabad Liberation Day” approaching, the hate monger brigade must be itching to let go a cannonade of lies, disinformation and malicious propaganda against Mir Osman Ali Khan,  Nizam the seventh of Hyderabad.

(The only thing which happened on 17th September was a broadcast by Nizam on Hyderabad Radio that State Forces have been ordered to cease fire. Indian Army is permitted to take possession of the Secunderabad cantonment – earlier under British Control. House Arrest of GoI’ s Agent General, K M Munshi,  was being revoked to enable him to work on the formation of a new responsible government with Nizam as the Head of State. Razakars were declared as an unlawful body. Maj General J N Choudhry, the Military Governor, entered Hyderabad on 18th September 1948.)

As such, it would be in the fitness of things to recap the various acts of benevolence, even handedness, administrative sagacity of a highly progressive ruler who did everything in his power to make Hyderabad the most prosperous and well governed princely state of pre- independence India.

In Presidency town Madras open sewerage was in use till much later after independence. But then, Nizam’s State as Hyderabad was referred to, was ahead of many independent countries of it’s times on many parameters.

A 1949 report listed 69 big and small industries in Hyderabad as compared with all together 54 in both East and West Pakistan. Hyderabad could boast of industries ranging from Textiles, Ceramics, Glass, Cement, Sugar, Cigarette, Match boxes, herbal medicine and soaps.

Agriculture was so flourishing. The state was producing 40% of ground nuts of India. A secret report sent to the government of Independent India prior to the so called “Police Action” – a misnomer, during the “blockade” even as the “Standstill Agreement” was in force,  stated that Hyderabad can withstand the “Economic Blockade”  for many months if not years solely based on it’ s self-reliance except for salt. The blockade of land locked Hyderabad was so severe that even items  like razor blades, not to mention much needed medicines during a Cholera epidemic and water purifying chlorine were not allowed to get in.

This, to a State, which for many years on had not levied new taxes on it’s subjects and as a State of even Independent India, remained a “Surplus” budget State till 1956 when it got reorganized as Andhra Pradesh. No doubt, Theo. L A Touche, author of: India’s premier Ruling Prince, referring to Nizam’ s sagacious financial policy observed–“The most remarkable feature of the policy is that Hyderabad still remains the lowest taxed country in the world” ( Thacker & Co – Bombay. Page 7).

Care for the educational needs of State subjects was such that as stated in a paper presented by Prof. Bhangia Bhukia of H C U, just for the “Lambadas”–classified as a backward Scheduled  Tribe there were 42 schools which were closed down in 1956. Not to mention all schools in every village with a population of more than 1000. And not to forget free education with nutritious meal for lunch.

Budget allocated for the development of the language of the Forest dweller “Gond” tribe in the 1930s could make the entire budget of Minorities Welfare departments of present States pale in insignificance.

Mammoth spending of Rs. 30 lakhs ( gold cost Rs. 16 to 18 at that time for an 11.2 gram tola – now it is Rs 40,000 for 10 grams ) for restoration of the cut off and nearly buried Ajanta Ellora heritage sites by itself is an act good enough to etch the Nizam’s name in history for posterity.

The donation of five metric tons of gold to Government of India during the 1965 war with Pakistan by Nizam till date remains the single largest ever by an individual in a national cause.

Generous grants and donations to educational and research bodies enormously helped the same to grow to their full potential. Banaras Hindu University, Bhandarkar Institute Pune (for research on Mahabharata), Andhra University, Schools named after Shivaji, for protection of Temples of Anantgiri, Balaji and one belonging to the family of Shivaji, establishment of Telugu Academy and publication of books on ancient Hindu monuments are to name just a few of the monumental acts of philanthropy done by a caring, fair, just and visionary ruler who referred to his Hindu and Muslim Subjects as his two eyes.

A not to be missed act of magnanimity of the great ruler was decreeing the grant of six month’s leave and advance pay to the state’s Hindu subjects for pilgrimage travel to holy places (Char Dham) on the mere representation of an individual who contended that like Muslim Government servants who go on Hajj pilgrimage,  Hindus should also be accorded the facility.  After thorough examination by a very responsive government and ministers concerned, the facility was further sweetened for the Hindu subjects by allowing it to be availed of with a break for three months at a time. For Muslims it was just once during service for six months straight.

(from the writings of Archivist Syed Dawood Ashraf ).

Lastly, courage and spirit of governance shown by a noble soul. On December 4, 1947 a hand grenade was thrown on the car of Nizam by one Narayan Rao Pawar.  It hit the glass pane, fell on the road, made a big crater but caused no harm to him. Pawar was instantly apprehended. So were his comrades in arms waiting down the road with grenades (commonly used by the Indian Army then). Totally composed the Ruler walked up to the culprit, sternly advised the outraged crowd to not harm him and ordered his prosecution under normal laws.  A majestic display of magnanimity indeed.

As educated citizens, it is the moral responsibility of all of us to counter the falsehood of all divisive, hate mongering forces against the Nizam who was later appointed by the Government of India as Raj Pramukh of Hyderabad State. 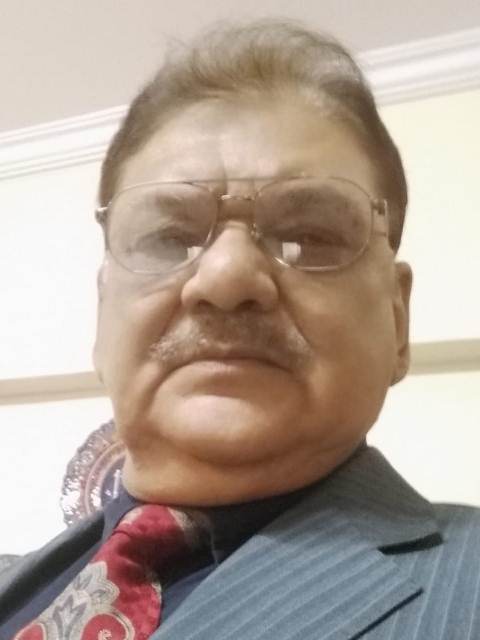 Get the news updates on WhatsApp & Telegram by subscribing to our channels. For all the latest Opinions updates, download our app Android and iOS.