The ‘Bharat’ actor on Wednesday took to Instagram to treat her fans with a sneak peek video of her ‘prep time’ for ‘Phone-Bhoot’, using the story sharing feature of the photo-sharing app.

“Prep time- But look at these cutest post,” the actor wrote using a smiling face with heart-shaped eyes emoticon. With ‘these cutest post’, Kaif is referring to the fluorescent arrow-shaped stationery flags. 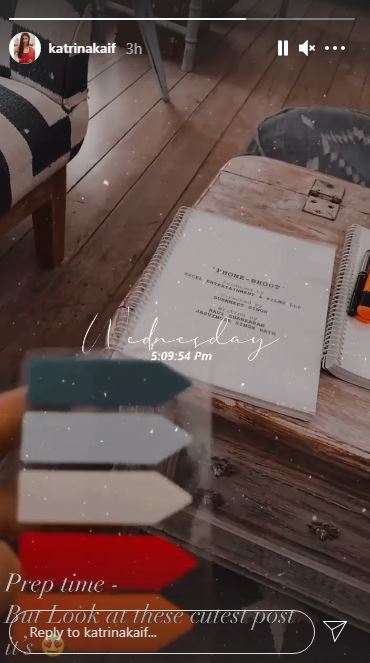 Earlier in the month of July, actor Katrina Kaif, Ishaan Khatter, and Siddhant Chaturvedi announced that they are all set to team up for an upcoming horror-comedy film ‘Phone Bhoot’.

The trio took to Instagram to share the first look of the film through a poster in which the actors were seen dressed in black coloured suits with white coloured shirts underneath them.

The Gurmeet Singh directorial horror-comedy starring the trio of Katrina, Siddhant, and Ishaan for the first time will go on the floors in 2021.