Washington: The ‘Real Housewives of Orange County’ actor Meghan King Edmonds, who is going through a bad patch in her marriage, spent quality time with her kids on Father’s Day.

The 34-year-old actor on Sunday shared an adorable video on her Instagram story.

In the video, Edmonds praised her twins Hart and Hayes’ ‘baby hands’ who are seated in a stroller. 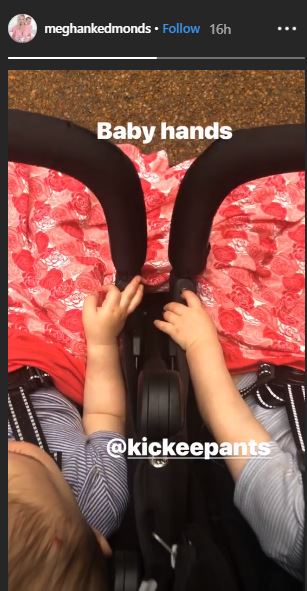 On Friday, the actress poured her heart out on her blog after Jim denied allegations that he cheated on her with a mistress but admitted that he “engaged in an inappropriate conversation with this person, reported People.

Meghan and Jim married in 2014 and are parents to three kids – Aspen, 2, and 1-year-old twin sons, Hart and Hayes.

“We are worried our son, Hart might have a neurological disorder. It’s been the most trying last couple months of my entire life and we still don’t have answers. Sometimes I leave the house after the kids go to bed so I can drive around and ugly cry in the dark with no one around. Now I have this to deal with: my one true love betraying me in the most disgusting and public way possible,” Meghan wrote in her blog.

In October last year, she shared an Instagram post where she admitted that her marriage was going through a hard time.