Mumbai: Veteran actor Naseeruddin Shah was on Wednesday morning discharged from hospital, where he was undergoing treatment for pneumonia that he was diagnosed with last month.

In the first photo, Naseeruddin Shah can be seen standing by the side of his bed in an orange T-shirt and white track pants. “Back home,” he captained the photo along with a heart and folded hands emoji. 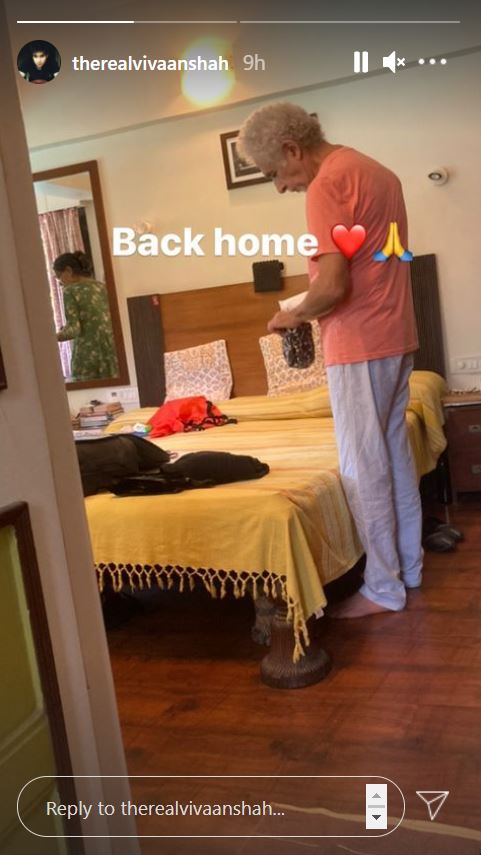 In the second photo, Naseeruddin Shah can be seen conversing on his phone while Ratna Pathak Shah is sitting on the bed engaged in some work. Giving an update on his health, Vivaash wrote, “He just got discharged today morning.” 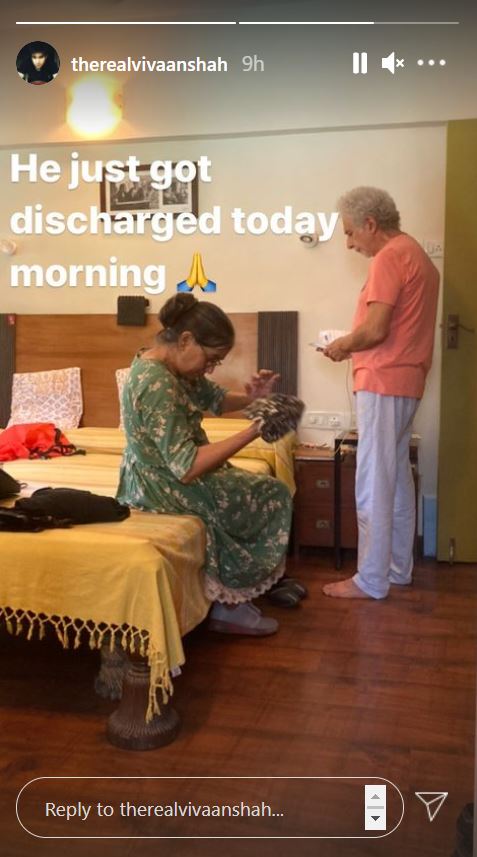 Meanwhile, on the work front, Naseeruddin Shah was last seen in the film ‘Mee Raqsam’. He was also a part of the hit web series ‘Bandish Bandits’, where he played the role of a classical musician.

Movie buffs will now get to see him sharing screen space with actor Rasika Duggal in a short film.