NEW DELHI: An unidentified man threatened a 48-year-old auto-driver who asked him “How can a Muslim drive and earn money in Ghatlodia (area of the city)”.

The reported incident took place on Tuesday when the auto-driver identified as Mohammed Arif Qureshi got a passenger from Gheekanta who wanted to go to Chanakyapuri. 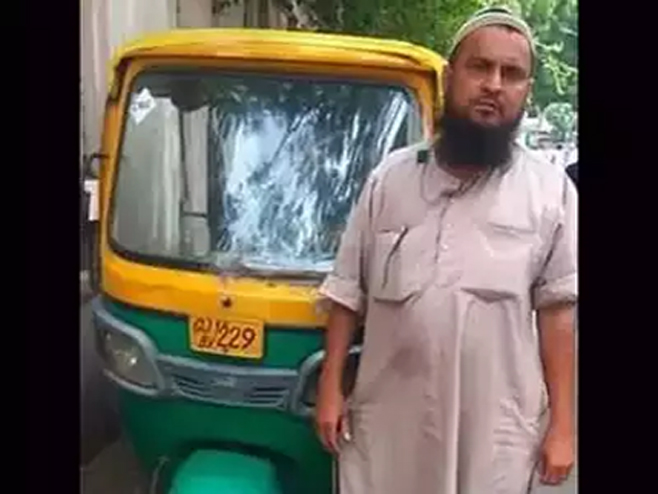 “After I dropped the passenger off near Chandlodia railway station, I was moving about in Ghatlodia to find a passenger. At around 2pm, a passenger waved at me to stop the rickshaw. I stopped my autorickshaw and asked him where he wanted to go. The passenger said he wanted to go to Delhi Darwaja and I told him to get in,” said Qureshi in his FIR, as per reports published in Times Of India.

“Suddenly, a man rushed there and asked me on how can I, being a Muslim, roam in Ghatlodia and take passengers from here. To this, I told him that I had stopped the passenger had waved at me to stop. He then got angry at me and abused me. Before I could realise anything, he came up with an iron rod and tried to attack me. I evaded the attack and drove off but my autorickshaw meter was damaged in the attack,” said Qureshi, a resident of Biscuit Gali near Pankornaka in Karanj .

Following the attack, an FIR under IPC Section 294(b) (verbal abuses) and 427 (mischief causing damage to the amount of fifty rupees) was registered after Qureshi approached a city-based advocate, Imtiyaz Pathan, who took him to the office of police commissioner A K Singh. Pathan and Qureshi were later sent to Sola High Court police station, where an FIR was registered.

Police, however, did not invoke IPC Section 153-A.