The international selection committee chose the picture among 6,625 entries taking into consideration its quality and creativity, said a statement from the Delhi-based Central varsity.

The selection committee was impressed by the diversity of the photographs that vied for the honor, the statement said.

Sixty of the best images, including Mohsin’s picture, have been selected to be part of a traveling exhibition, which has been displayed so far in China, Afghanistan, Azerbaijan, Oman, Russian Federation, Turkmenistan and at UNSECO

Reflection of the agnificent Humayun’s Tomb clicked by Mohsin Javed.

The exhibition will continue to tour in other countries.

Moreover, the selected photographs have been also presented in a professionally bound photo album, “Youth Lens on the Silk Roads”, which reflect youth’s visions and understanding of the Silk Roads common heritage.

A copy of the album has been sent to Mohsin by the UNESCO. 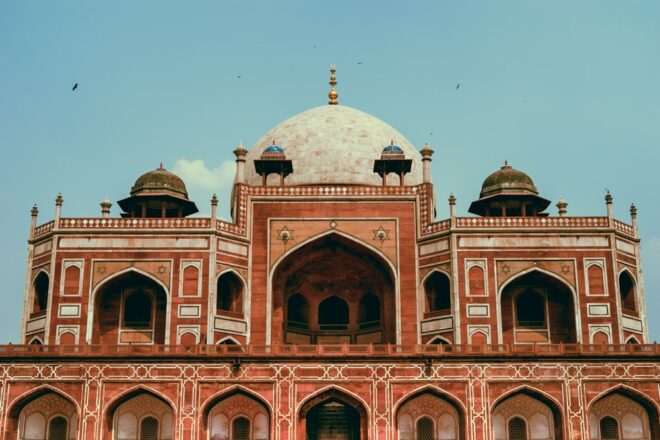 Okhla-based UNI Urdu journalist Javed Akhtar is a proud father of the 18-year-old Mohsin who developed his passion for photography when he was in class 8th and took it seriously after 10th class.

His pictures have been widely carried by many national and international agencies and publications including international photo agency Getty Images, Germany’s Public International Broadcaster Deutsche Welle (DW) website and various magazines in India.

Mohsin says he wants to pursue his career in photography.