New Delhi: Ranveer Singh leaves no stone unturned when it comes to giving a power-packed performance. The actor is buckling up for his upcoming film ’83’ and is set to amaze fans in his role as Kapil Dev, as he seems to learn the intricacies from the legend himself.

Yet again, Ranveer is proving that he is the powerhouse. His latest Instagram posts are proof that the actor is going to nail his performance as the cricket legend.

The ‘Padmaavat’ actor shared pictures with ace cricketer where the two can be seen exchanging beaming smiles. Ranveer holds a pen and a notebook, which is somehow indicating that he is making notes. In another frame, the two are seen discussing something in depth. 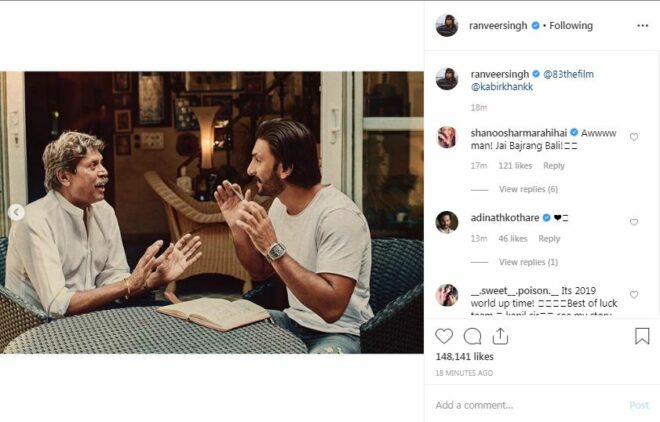 It looks like Ranveer has developed more fondness for Kapil as he sits cross-legged on a couch listening to the legend carefully. The monochrome image in the backdrop has a big-framed pictured of Kapil Dev holding a bat. 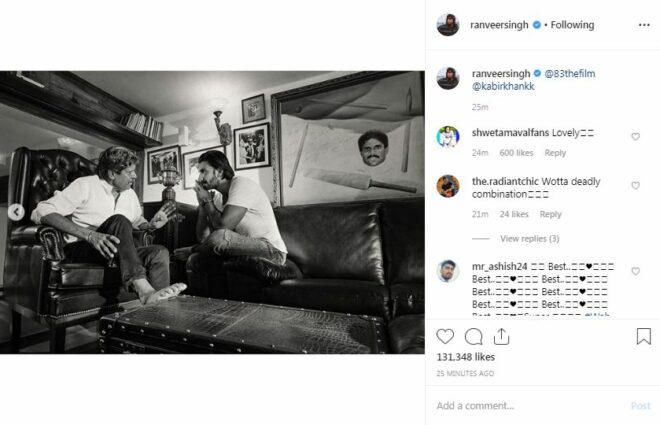 In the third post, Ranveer and Kapil are seen sharing a cup of some beverage. The two are relishing the meeting in full swing. 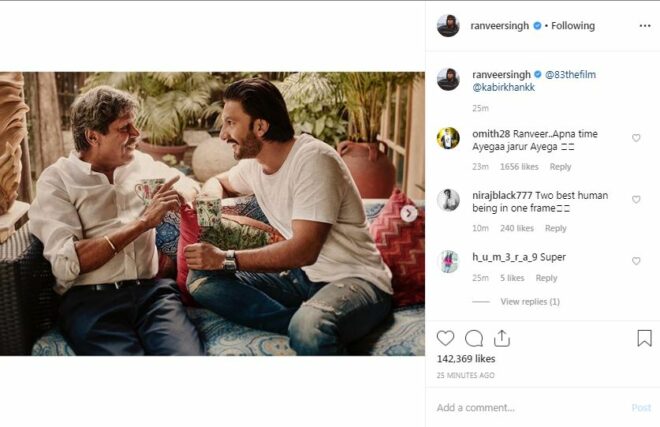 The film will receive direction from Kabir Khan while Madhu Mantena, Vishu Induri, Kabir Khan and Sajid Nadiadwala will serve as the producers.

Releasing next year, the film will hit the big screens on April 10.