A large amount of drugs and foreign liquor was seized in the raid in Chhbarapur, New Delhi, on Saturday night. (Photo/ANI)

New Delhi: A rave party was raided by a joint team of Delhi’s Excise Department and police officials at a farmhouse in Chhatarpur area of south Delhi on Saturday night.

A large amount of drugs and foreign liquor were seized in the raid, police said.

As per the police, the organizers had the license to organise the party but more than the permissible amount of liquor was found at the venue.

Over 600 people including teenage girls were initially held for participating in the event but were later released. 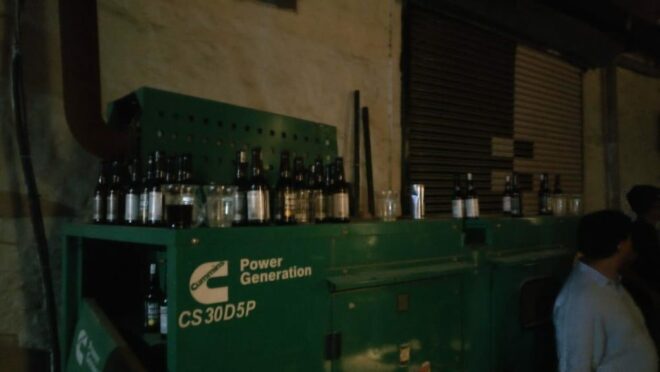 However, 16 people, mainly organizers of the event, have been detained.

Further investigation is on.