New Delhi: Vivek Oberoi starrer ‘PM Narendra Modi’ will now release on April 5. The biopic based on the life of Prime Minister Narendra Modi was earlier slated to hit theatres on April 12, this year.

Indian film critic and trade analyst Taran Adarsh announced the new release date of the film on his Twitter handle. 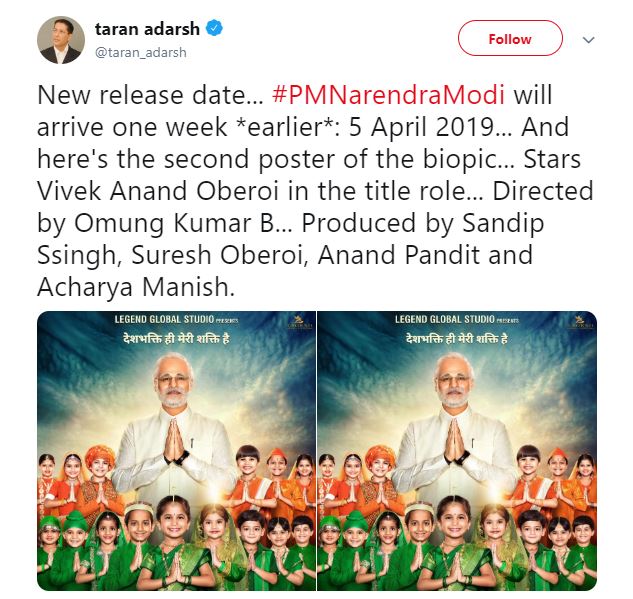 The film was earlier scheduled to release on April 12, a day after the completion of the first phase of the General Elections. The 2019 general elections will be held from April 11 to May 19.

The first phase will cover 91 constituencies across 20 states, including Andhra Pradesh, Assam, Bihar, and Chhattisgarh.

Vivek, who will be essaying the role of Narendra Modi in the biographical drama, shared a new poster of the film which features him as the PM. He tweeted, “5th April 2019 #PMNarendraModi.” 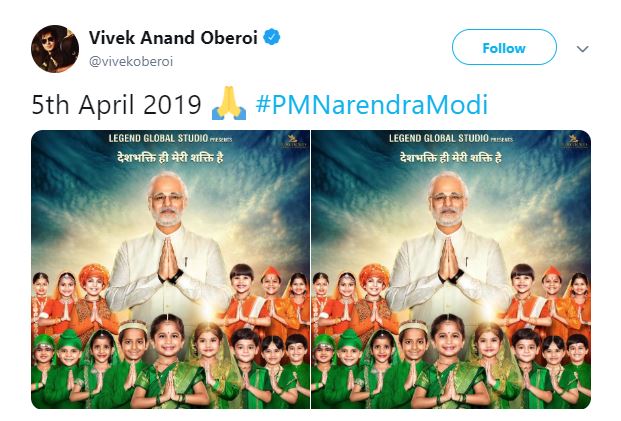 On Monday, the makers had released nine different looks that Vivek will don in the upcoming biopic.

The film went on floors on January 28 in Modi’s home state Gujarat. It is also being shot at several other locations across Delhi and Uttarakhand.

The film will traverse the journey of Modi from his humble beginnings to his years as a chief minister and finally his landmark election as the Prime Minister.

The film will be released in Hindi, Telugu, and Tamil.

The biopic will be helmed by Omung Kumar, director of some critically acclaimed films including ‘Mary Kom’ and ‘Sarabjit’. The biographical drama is being produced by Sandip Singh.

‘Romeo Akbar Walter’, starring John Abraham as an undercover agent and ‘No Fathers in Kashmir’ will also hit the big screens on April 5.