Muslims -We can still make a difference !!

Muslim leadership in India aimlessly tries hard to show fake tears on the aftermath of Babri masjid verdict ,Babri Masjid verdict no doubt will raise questions on the Muslim religious and political heads who will be asked the fundamental question “Are Indian Muslim safe to believe that’s their leadership is doing the right thing and in the interest of common Muslims”the answer is glaringly a big no unfortunately. Muslims are organized in religious and political formations through out India,religiously they believe that their biggest strongest forum All India Muslim personal law Board which is conglomerate of small and big fractions of Muslim organizations both religious and political will do the right thing in the interest of Muslims through out India , its with utmost respect and considering fully the efforts made thus far still need to get out of cold blankets which keeps facing them day and night.Time has come for this board to develop a vision forward and start organizing a action plan to protect the very identity of minorities of India and Hope in coming days the onus of responsibility which was upon them will have an effect with continuous loss of relevance will fall on its members and soon reorganization of itself is done so as to come up with the strongest coalition of thoughts and vision of future .

Coming to political formations of Muslims -Muslims are fragmented all across India in two extremes ,one extreme plays in the hand of politicians and political parties who by the tongue are strongest proponents of Muslims on paper but fail to realize that in actuality these politicians and political parities are the ones who actually hurt them the most and strengthen sanghis and their ideology towards hindu rashtra where Muslim identity is at risk and on the other hand some other Muslims are fragmented into different political formations some in Congress ,some in regional parties other than BJP who are content with their respective positions they attain within their party and are least concerned of fellow Muslims and they as well are in actuality by remaining content are also strengthening sanghis and their ideology of Hindu Rashtra where once again Muslim identity is at risk .

Speaking of both aisles they are good orators and speakers both in parliament and outside but failed to understand that the agenda of sanghis is vastly getting penetrated in every walk of life and thus Muslims in India are increasingly isolated and marginalized as per agenda .

In conclusion what can one do when these fragmentation’s and fractions amongst Muslim leadership amongst religiopolitical front is obvious is the question which requires a big educational uprising amongst the Muslim communities which can categorically say NO and Reject these groups who keep coming as Masiha of them and stand up to themself ,organize,educate and resist along with the other like minded ,secular ,moderate citizens of India and only then visionaries will pave way for better future of Indian Muslims and remember India by itself is a great country who we all love and respect its constitution which guarantees fundamental rights, secularism ,and rights NRI freedom .

Time has come for all Muslims to focus on elevating their literacy rates ,focus on education,focus on strengthening their relations with Indian fellow citizens who are moderates and secular forces and rise up to the pinnacle of success themselves and lead India back again on the road of respect, road of love and peace ,road of adhering to constitution of India . 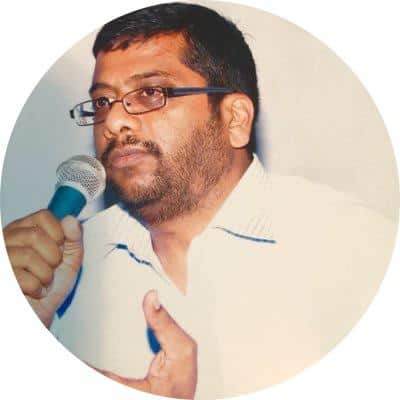 Get the news updates on WhatsApp & Telegram by subscribing to our channels. For all the latest NRIs Corner updates, download our app Android and iOS.