Lucknow: Lucknow’s  six-day old,  all women,  anti- CAA protests which had gained impetus after named FIRs were filed against 20 and over 100 unnamed protestors on the fourth day of agitation, acquired even greater momentum after  Union Home Minister, Amit Shah’s rally in the state capital on Tuesday.  Shah during his public address had reiterated the government’s firm resolve not to roll back the CAA legislation at any cost. His speech in the rally was looked upon by the protesters as a threat and warning to instill fear in them had the opposite effect. Shah’s speech acted as a catalyst and made the resolve of the women to stay put at the Hussainabad  Ghantaghar dharna site more firm.  A substantial increase in the number of protestors was witnessed not just during the day but participation increased in the night too. Despite the dipping mercury and intense fog women stayed up all night at the dharna site. Age, caste, religion is no bar. Sights of infants in arm and kids clinging to their mother’s clothes for warmth and security, elderly women shivering despite the extra blanket wrapping and the youngsters upbeat, chanting slogans against CAA, holding the national flag were common sights.

One of the participant Tarannum Ahsan, hailing from a family of medical professionals who had stayed up at the dharna site in the night said she is proud to be part of this movement. Angry that government turning a deaf ear to the demand of roll back. Tarannum said that a government that does not listen to the voice of its people cannot rule for long. Giving a big thumbs up to women power she said that unity and solidarity displayed at the dharna site are exemplary and said it will continue till the demand is fulfilled.

Earlier in the day, Amit Shah had addressed a Jan Jagran Abhiyaan  (public awareness) rally at Bangla Bazaar, in the city. Accusing the Opposition of instigating the masses and misinforming them, Shah threw an open challenge before them to join them at an open debate on the topic. But in the same breath, he also said that no matter what happens the government will not take back the law at any cost and it will be implemented across India as it is Central legislation.

Questions were raised on the timing, venue, tone and tenor of Shah’s speech.

“When section 144 is in vogue in Lucknow,  how come Amit Shah ji organized a rally in Lucknow,” asked Urdu poet Munawwar Rana. His two daughters are among those against whom named  FIRs have been filed under   IPC 147 which entails rioting and is punishable by imprisonment up to two years, fine or both.

While endorsing the move of his daughters to participate in the sit-in, he said that he gave them permission freely but on the condition that they maintain decorum and withhold the values that they have been given and not to misbehave or use language that does not befit their upbringing.

Rana said that he is a patriotic Indian and holds no biases against any community or sect. He said at international mushairas he has proudly declared that he is not afraid of being an Indian Muslim and that he and the entire  Indian Muslims live in the safe and security cordon of 80 crore Hindus. He said he is pained by the allegation of being anti-national and unpatriotic.  Rana’s daughters- Sumaiya and Fauzia Rana have been very active in the protests right from the day the dharna started. The two sisters maintained that they have done nothing wrong and have not violated any laws only attempted to get their Rights in a democracy that is India and their home. Sumaiyya said that they have video clip to show how the policemen misbehaved and took away the blankets and food packets that had come from the houses of the women who were sitting on dharna. 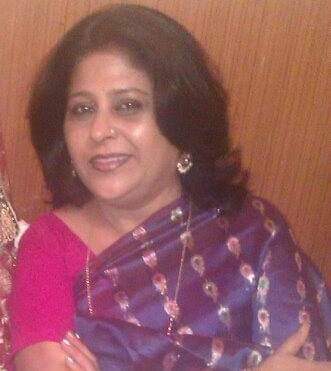