‘Stree’ actor shared the information on Twitter with a clapper board. 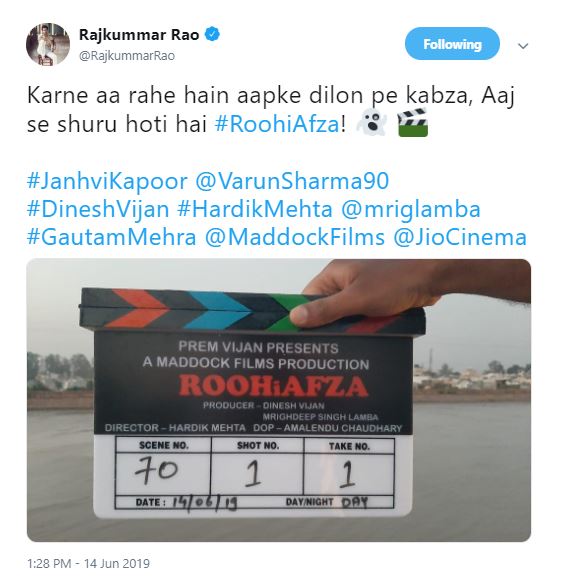 Rajkummar and Varun have worked together in 2015 release ‘Dolly Ki Doli’.

Helmed by Hardik Mehta, the film is produced by Dinesh Vijan and Mrighdeep Singh Lamba.

Rajkummar will next be seen in ‘Mental Hai Kya’ opposite Kangana Ranaut and ‘Made in China’ with Mouni Roy.