Addressing over the seminar, Chief Guest, Mr. Abdul Hamid, IPS and Registrar, Aligarh Muslim University said that Sir Syed Ahmad Khan tired to end the educational backwardness of everyone living in India. Sir Syed tried to implement modern education in India as he knew that modern education is the only way by which the Indians can compete with the British people. He was not only the an educationist but a social reformer. He further said that Sir Syed spread democratic values in the educational system of Indians. At the last he congratulated Prof. Shakeel Samdani and SAF for educating the people about history and culture of AMU.

Founder President and Director of SAF, Prof. Shakeel Samdani said that Sir Syed had a great relationship with the Aligarh exhibition. Sir Syed was a secular man and he kept the doors open of his institution for everyone. Sir Syed made sacrifices for the country and the community at the risk of his life. He was regularly threatned by his enemies but he never compromised with his ideals and misson. Prof. Samdani further emphasised that the Aligarh Movement was more understood and implemented in South India than north. He appealed to open educational institutions by Aligarians in north India than only indulging in politics. In the last, he requested the audience to promote the spirit of tolerance, scientific approach and secularism in the country.

Mr. Ajit Singh, IPS (Rtd.) and Registrar, Mangalayatan University said that Sir Syed has not got that place in history which he deserved. Sir Syed was a historian, reformer, architect, poet and had many qualities. Sir Syed’s ideology never matched with Congress. He had a diversified personality and whatever Sir Syed did for education at that much resources were not available. In this way he was a great educationist. In the last, Mr. Ajit Singh requested the audience to follow the principles and the ideologies of Sir Syed in their daily life.

Prof. Farhat Ullah Khan said that for unity among different sections of the society mutual trust is most important. The first chapter of secularism was learnt by Sir Syed Ahmad Khan at his home. He was a die hard secularist. Hindu Muslim trust is the main message of his life. In the last he said that everybody living in India must be proud of its heritage and we should be proud of the personality of Sir Syed Ahmad Khan.

Prof. Abu Sufyan Islahi of Arabic department said that Sir Syed was a secular man which is evident from Strachey Hall in which the donors name include Muslims, Hindus and Britishers. Sir Syed was a great social reformer and he tried to reform both Hindus and Muslims. Praising the founder of SAF, Prof. Shakeel Samdani he said that he is a social professor and in addition to his official duties he spends most of his time for social and community work. 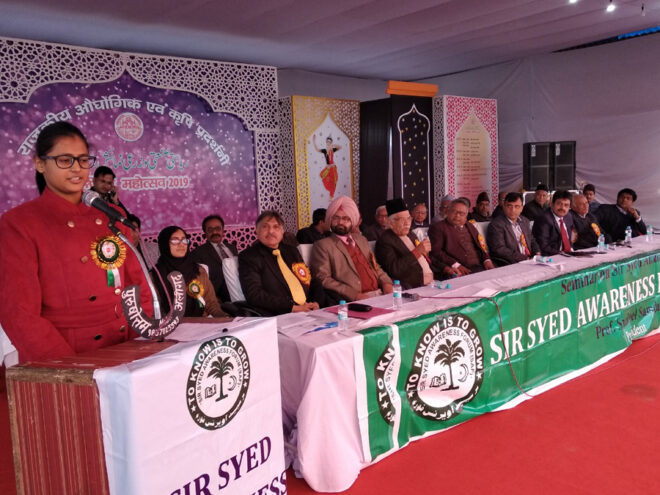 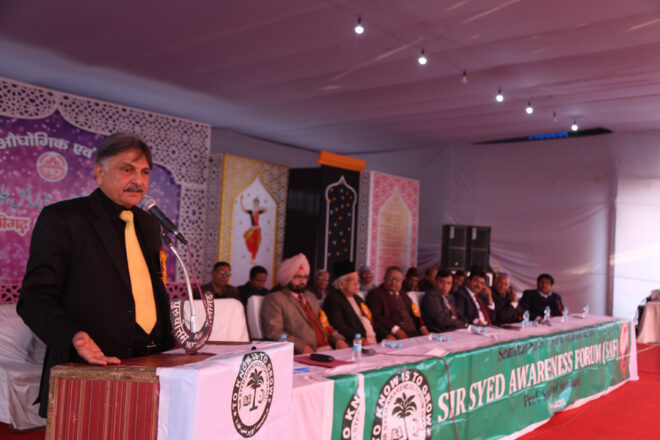 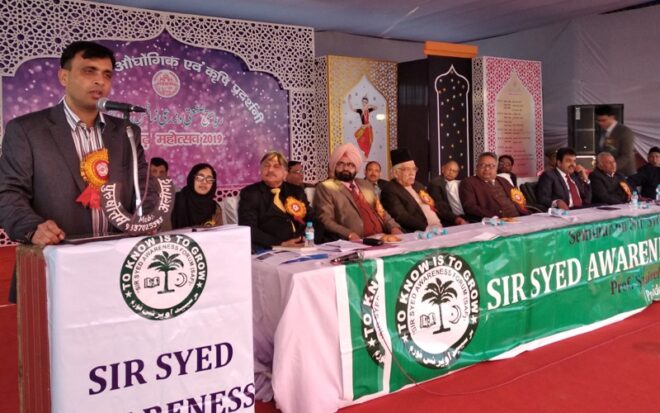 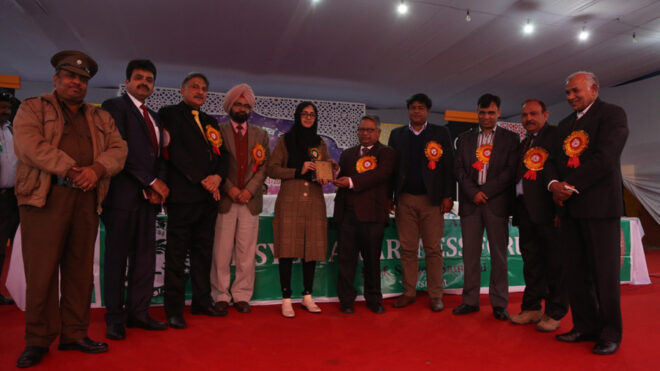 Principal, Mrs. Firdaus Rehman said that Ahmadi School for Visually challenged is the best example of Sir Syed’s secularism where almost everything is free and this is the result of Sir Syed’s vision.

In his Presidential Address, Prof. KVSM Krishna, Vice Chancellor, Mangalayatan University said that there is no need to declare Sir Syed as a secular man. What could be the best example of secularism that he started educational mission at a time when there were not much resources. His mission was for every community and for all the people living in the country.He must be remembered by all. He thanked Prof. Samdani for organizing a wonderful seminar at Aligarh Mahotsav.