Each winner will be taking home more than $50,000 in cash and prizes, after defeating over 565 other contestants.

The 565 contestants ranged in age from 7 to 14 years and came from across the US and other countries, including Canada, Ghana, and Jamaica.

It is for the first time in the 94-year-old history of the competition that more than two co-champions have been named. 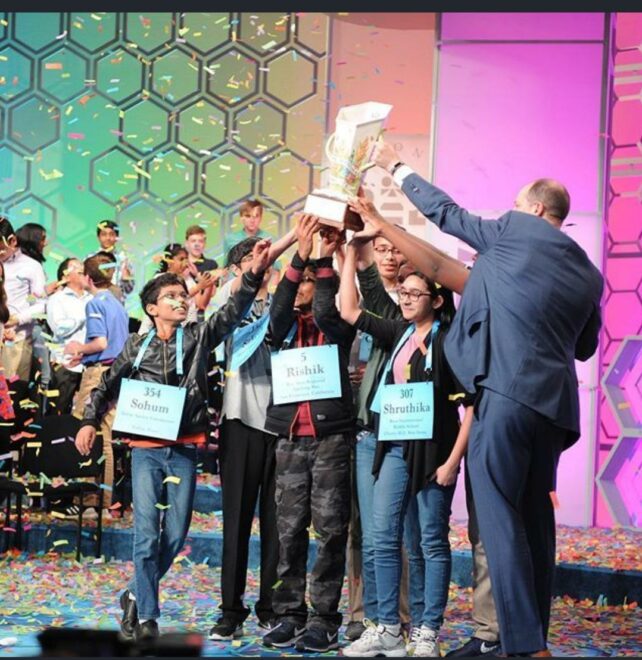 Following are the Indian-origin winners:

Christopher Serrao, 13, of New Jersey and Erin Howard, 14, of Alabama were named as co-champions, The Washington Post reported on Friday.

The National Bee is a high-profile, high-pressure endurance spelling match for which spellers spend months preparing for it.

“We do have plenty of words remaining on our list, but we’ll soon run out of words that can possibly challenge you,” Jacques Bailly, the event’s pronouncer, said.

Get the news updates on WhatsApp & Telegram by subscribing to our channels. For all the latest NRIs Corner updates, download our app Android and iOS.