New Delhi: Mrs funnybones is at it again. Twinkle Khanna, who is known for her unfiltered opinions, took an apparent jibe at Prime Minister Narendra Modi’s meditation session in Kedarnath caves, the pictures of which have now gone viral.

Twinkle, who is quite active on the micro-blogging site, constantly keeps updating her Twitter feed with many on-point sarcastic digs that make the news, which on many occasions include Modi. 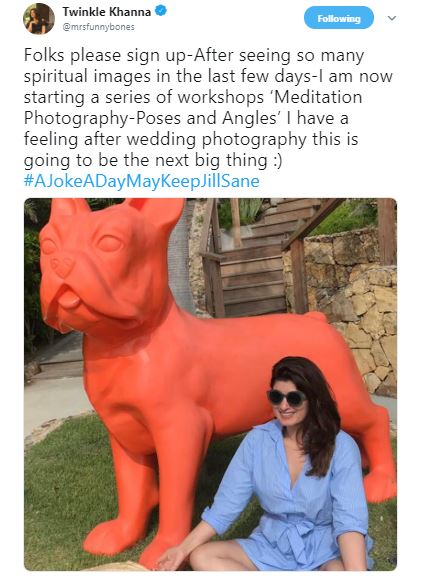 Posting a picture, where she can be seen meditating, Twinkle, in her recent tweet, wrote, “Folks please sign up-After seeing so many spiritual images in the last few days I am now starting a series of workshops ‘Meditation Photography-Poses and Angles’ I have a feeling after wedding photography this is going to be the next big thing 🙂 #AJokeADayMayKeepJillSane.”

The tweet comes days after PM Modi’s Kedarnath pictures took the Internet by storm and provided fresh content to the meme lords, who flooded the social media with hilarious jokes and memes inspired by the viral pictures. The actor-turned-author too joined in and made her contribution. 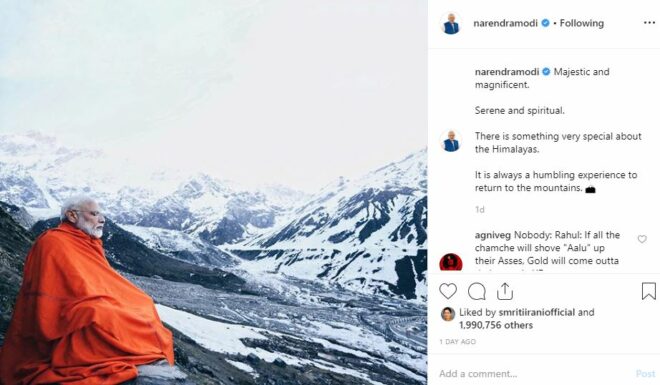 While Twinkle is known for regularly taking potshots at the government and Modi has been at the receiving end more than once. And her tweets have not gone unnoticed by him.

In April, during a candid interview with actor and Khanna’s husband Akshay Kumar, Prime Minister Modi admitted that he follows Twinkle on social media and reads all her tweets that are directed towards him.