During the course of four-month duration, the foundation provides spoken English, skill development and computer training.

It may be mentioned that after completion of the course, the youths get jobs in Yashoda Group itself.

During the certificate distribution function, one of the girls who received training from the Foundation said that due to financial hurdles she had never thought that she could be able to achieve such skills. She further said that she was depressed after the death of her father.

Another girl thanking the foundation said that at the time of joining the course, she was not confident about her future but the foundation gave her hopes. 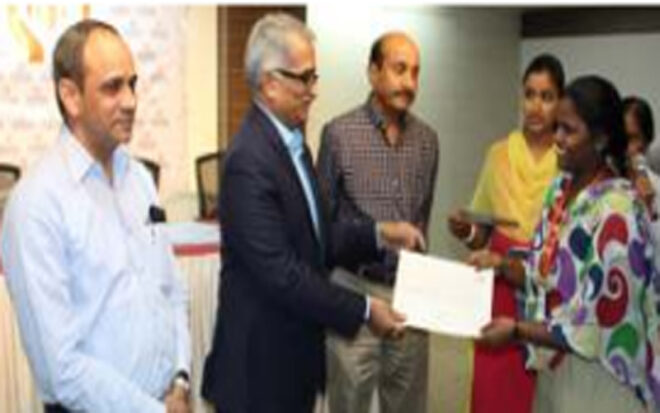 During his address, Mr. Zaheeruddin Ali Khan quoted Islamic teachings and highlighted the importance of helping Orphans. He also applauded the efforts of the Director, Mr. G. Devender Rao and team at the foundation.

Talking about the opportunities, he said, “As we are living in a knowledge-based era, there are plenty of opportunities”.

Highlighting the potential of India, he said that in the next few decades, India will have more younger population than any other country in the world.

Yashoda group of hospital has established Yashoda Foundation to help the orphans in the society. The foundation was inaugurated by the then Governor of Tamil Nadu, Mr. K.Roshaiah on 19th February 2012.

Under this charitable foundation, training in employable skills and placements is provided to the orphans.

The highlights of the program are as follows.

Yashoda Foundation runs different projects such as Varadhi, Maa Kutumbum, Abhaya and Akshara (For details of the project, click here)