New Delhi: After slaying with her performances in Bollywood films, Tisca Chopra is all set to make her web debut in a Hotstar special show ‘Hostages’ which will air on May 31.

The ‘Taare Zameen Par’ actor shared the news on Instagram posting pictures with the fellow cast from the upcoming thriller series.

“My web debut & a series that will velcro you to your seats.. #HostagesOnHotstar .. on the 31st of May!! Mark your calendar for this one,” Tisca captioned. 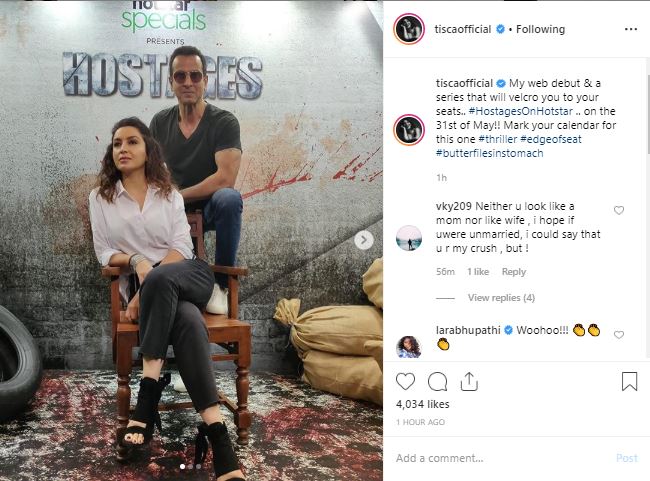 The pictures shared by the actor features her with Ronit Roy, Dalip Tahil Parvin Dabas and filmmaker Sudhir Mishra. 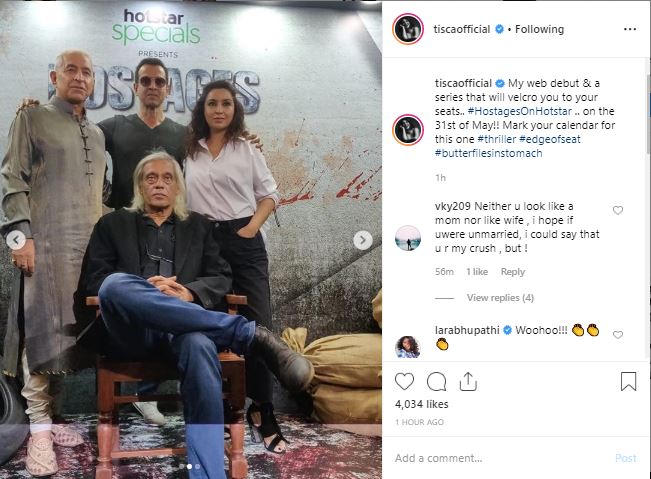 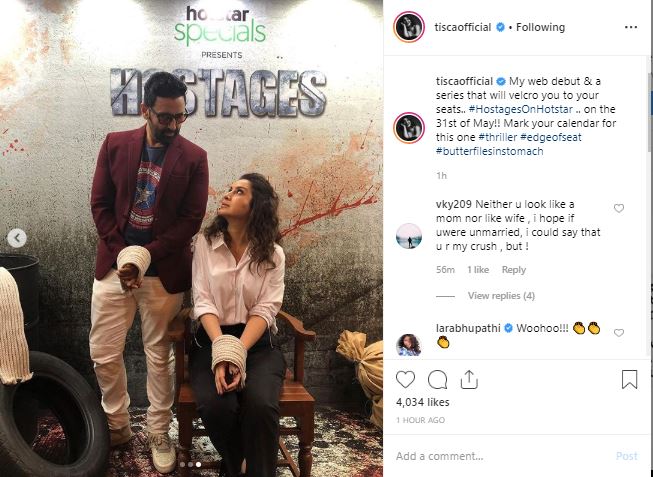 The show follows the story of Dr. Mira Anand who is taken a hostage in her own home, pushing her into a dilemma of killing an innocent man to save her family.

A few days back, the official handle of Hotstar specials also shared the poster of the show with a caption, “Will Dr. Mira Anand choose to kill an innocent man to save her family? Find out in Hostages, streaming 31st May!” 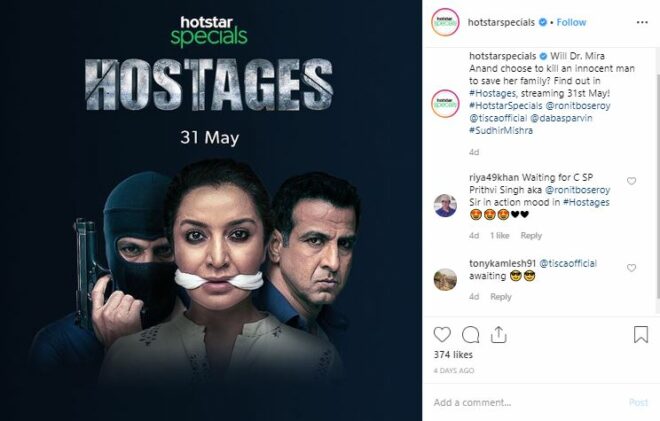