New Delhi: Former Indian all-rounder Yuvraj Singh, who had taken retirement from all forms of cricket earlier this month, is set to play in the upcoming season of Global T20 Canada for Toronto Nationals.

Yuvraj was signed by the Toronto Nationals in the player draft on Thursday to play in the second season of the league, commencing on July 25. 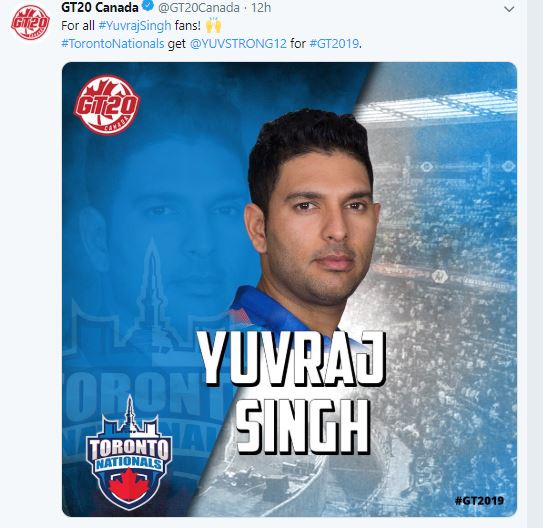 At the time of his retirement, Yuvraj shared his desire of playing in the T20 leagues all around the world.

“With BCCI’s permission, I would love to go, play and have fun for this year or maybe next year. I don’t know what’s left in me. It has been a very long and hard journey and I think I deserve that. I have had a word with BCCI and will have another after this announcement. Hopefully, it will be easy sailing for me,” Yuvraj said during his retirement speech. 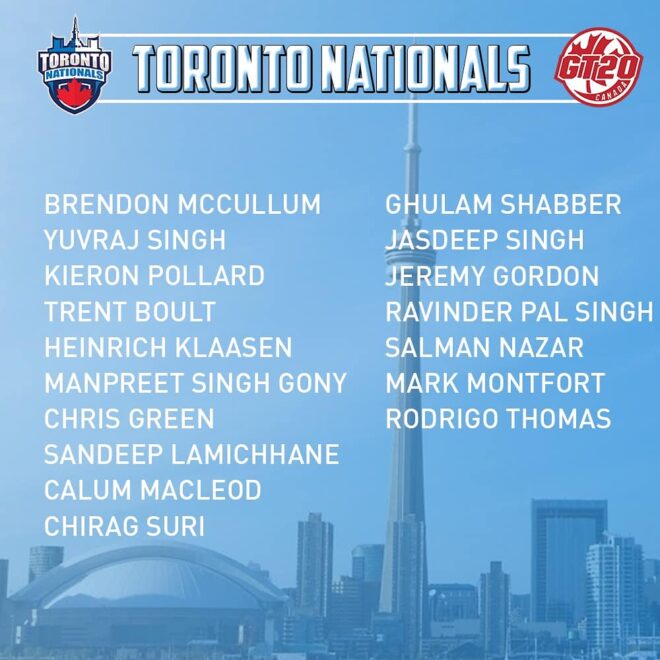 Along with Yuvraj, another Indian cricketer Manpreet Singh Gony is also named in the squad of Toronto Nationals.