New Delhi: This is in response to the article written by Zafar Agha. Many of us can’t agree with the views of Zafar Agha as it can jeopardize the entire community and its future.

Janab Zafar Aga is well-known personality of the community, many of us grown up reading him. I respectbrotherAgha’s point but from my perspective, I’m sorry I have to disagree with his view.

Everyone has a unique view on situations, and that view is shaped by different perspectives. Perspectives are shaped by how and where you spend your time.

To the matter of fact it is upsetting to those who put their lives on fire defending the democracy of this country, leaders, journalists, activists and other entities to see an adviceto silence and surrender to the oppressor.

Makki and Madani incidents are entirely different to the contemporary situation.The conflict of Quraysh was rejecting the new religion and repudiation of the Prophet Muhammad and his sacred message.Thoseepisodes are more religious and less political, unfortunately current situation of Muslims is more political and less religious.

Let us say Muslims embrace silence and confined themselves to Makki strategy, and let anti-Muslim elements to do whatever they plan, then there is more possibility that we might lose everything we’re holding so far. We might lose our constitutional rights and our lives even. And we might be reduced to second class citizens, and confined to live in certain areas with prior permission. Baroda, Muzaffarnagar, some areas of Delhi are the live examples, where Muslims are not allowed to live, under the Disturbed Area Act.

At the end, after all the sufferings and irretrievable sacrifices, no one can guarantee with an opportunity to adopt the Madanistrategy and look for reconciliation.

Recent social media post of Richa Bharti, a 19 year old student of Ranchi Collage, Jharkhand is the live example of the type of mind-set being shaped with communalanimosity.

Similarly during recent election a bunch of well-educated employees of MNC bellowed at journalist RajdeepSardesai “you are anti-national” and chanted“Jai Shree Ram” and left. They are not RSS or BJP members, but how and from where these well-educated youth from affluent families are developing such dangerous thoughts?

It is so clear now that we aren’t doing good job of securing the democracy of this country, it is time to open-up a discussion about how we can do better to confront the problematic and manipulative ideas of hate that engulfing the common man.

We should express ourselves and voice our concerns under united banner, Christin, Dalit, Hindu and Muslim together. Not only our personal issues,shouldstand for every political issue irrespective of cast or community.

This is a political war, we have to fight it in political arena. Taking it into the religious arena has adverse effects. We must speak out as often as possible. Neutrality and being silent majority is not an option any more. Because the so-called the silent majority has been silent for so long. It is time for us to speak out, and stand up against every oppression.

It is very selfishto keep ourselves quite while many non-Muslim liberals fighting our battle. It is amoral to keep quite while Akhlah to Tabrez were brutally butchered in broad day light, while assaults like Katuaand Unnao areprevailing.

This silence is costly. In the absence of Muslims speaking as Muslims for Muslims in public discourse, their advocacy is done by liberals and secularists. The voice of these left-liberal activists suffers from credibility when Muslims themselves are silent. In any case, the “Hindu secularist” is more delegitimized by years of propaganda than the Indian Muslim.

What Indian Muslims need the most is to assert their constitutional rights regardless of electoral politics, make interventions in the mainstream public spaces, speaking as Muslims and for Muslims, not rely on secular parties or activists to have their voice heard.

However, if Muslims appear to be on the right side of the moral argument, the anti-Muslim elements will not be able to blame them. After all, DrKafeel Khan had to be given bail when enough noise was made. Similarly Prime Minister has to give lip-service (at least) to the lynching issue when enough noise is made. 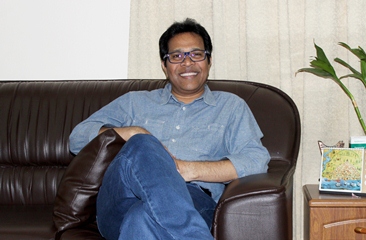